This module offers resources and specific strategies for educators to understand the philosophy behind disability pedagogy which strives to illuminate invisible barriers to learning. Proactively learning how to apply accessibility strategies for coursework can reduce or eliminate these barriers, providing access for all students with disabilities. This approach also reduces the need for students with disabilities to advocate for themselves, which can be an exhausting and vulnerable endeavor. With this in mind, we invite you to explore the resources on this page and incorporate many of the suggested approaches into your teaching practices.

What is Disability Pedagogy?

Disability pedagogy is an approach to teaching and learning that recognizes and addresses barriers to access encountered by students with disabilities in higher education classrooms. Understanding the history behind the disability justice movement helps to eradicate stereotypes about disabled students as an extra burden on the system, and deficit-minded thinking which leads faculty to believe that these students demand special favors and should just work harder to succeed without accommodation (Friedman & VanPuymbrouck, 2021).

The Americans with Disabilities Act (ADA) was passed in 1990, after many years of lobbying by disability activists for a broad civil rights statute that would protect the rights of people with disabilities, much like the 1964 Civil Rights Act had achieved for Black Americans (Anti-Defamation League report, 2018). The intention of this political movement was to shift public perception of disability as being located within a person, in need of medical intervention or cure, which is commonly referred to as the “medical model of disability” to perceiving disability as a result of socially created barriers to participation, which is referred to as the “social model of disability” (Beaudry, 2016; Friedman & VanPuymbrouck, 2021).

In the United States, 26% of adults have some type of disability (Centers for Disease Control and Prevention, 2020). On college campuses, it is estimated that 19% of all undergraduate students need academic accommodations for disabilities, which does not take into account the number of students who cannot afford the diagnosis process to receive such accommodations (Postsecondary National Policy Institute, 2021). Given this data, more work needs to be done to illuminate how higher education classrooms exacerbate differences between students through differential access to certain types of curriculum (Lambert & Tan, 2017).

Faculty who incorporate disability pedagogy strive to surface their biases about disability, acknowledge their able-bodied privilege and proactively create open access to their content, class activities and assessments (Freedman et al, 2019). They recognize and take responsibility that limited access to the course curriculum can cause equity gaps in performance between disabled students and able-bodied students. They strive to illuminate the myth of a normalized, ideal body or mind to which all people should conform, creating classroom norms that prevent the use of language (such as “handicapped” or “crazy”) that could contribute to the negative stigma of disability (Reinholz & Ridgeway, 2021).

Inclusive language is important when talking to or about someone with a disability. Using terms like “differently abled”, “special needs” and “challenged” to describe students with disabilities reinforces the medical model in which the disabled person is a problem or challenge in the classroom (Brown, 2013; Cook-Campbell, 2021), instead of addressing that there are access barriers in most classrooms.  An equity-minded approach would focus on centering the voices and ideas of disabled students. If students are sharing with you that they have disabilities, ask them how they speak about their disability, what language feels inclusive to them and how they would like to be addressed in terms of their disability.

Disabilities may not be physically apparent. It is also important to consider that there are a variety of reasons that students may go undiagnosed with a disability, such as: not having funding to complete proper assessments which can be costly, cultural stigma in seeking out support for a specific disability/diagnosis and/or language, transportation, or technology barriers (Gopalkrishnan, 2018).

Many students may be completing their classes without any formal diagnosis or disability on file with the Disability Services Program. Aiming to make your classroom accessible is important so students who have disabilities will be able to access the course material as effectively as their peers in the class. Universal Design for Learning principles supports students who do not have a formal diagnosis or apparent physical disability.

Some students may have more than one disability, which is why it's important to focus on making your course accessible for all and providing reasonable accommodations for an inclusive classroom, rather than focusing on the disabilities themselves. Please visit our Inclusive Teaching Practice page on bringing Universal Design for Learning principles to your course design.

Accessibility addresses the idea that all students should be able to access the same information in the course environment without facing undue barriers. When course material is accessible, all students can access them as-is without requiring individual support. Accessibility can also be used to describe a space where all individuals can fully participate. In order to design such a space, a broad definition of access needs must be considered (Reinholz & Ridgeway, 2021) such as:

To determine access needs for students, one can develop an accessibility survey to disseminate before the semester begins. Also, include your students in creating norms for participation in your course.

Digital Accessibility refers to the inclusive practices of ensuring online content is accessible for people with disabilities, specifically for individuals who utilize assistive technology to access online information. The web is a place that should be accessible to individuals with disabilities; however, without creating accessible content online, it can also prevent students with disabilities access to content they need. It has the potential to revolutionize their daily lives by increasing their ability to independently access information, communication, entertainment, commerce, and other aspects of life that other people take for granted (adapted from WebAIM).

Overthinking is one enemy of disability etiquette, but so is making assumptions about what a person wants and needs. Of course disabled people want to be treated like everyone else, but when we say that, we don’t mean “treat every person exactly the same”. We mean “recognize our humanity and meet us where we’re at."
Kyle Khachadurian, The Accessible Stall podcast 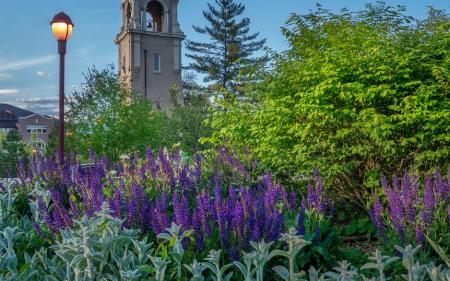 Consider Accessibility of the Classroom Environment

“I wish for a world that views disability, mental or physical, not as a hindrance but as unique attributes that can be seen as powerful assets if given the right opportunities.” 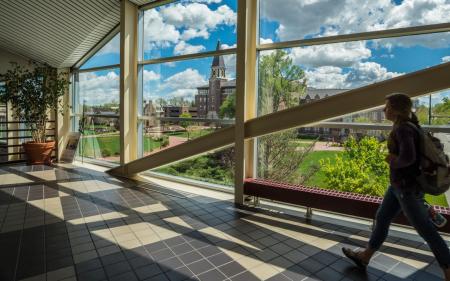 Christine Miserandino developed “Spoon theory” to explain how those with chronic illness have limited daily energy reserves and must choose carefully how to navigate their activities.

This essay describes the concept of access needs as a tool for improving accessibility in science, technology, engineering, and mathematics (STEM) education broadly, from the classroom, to research group meetings, to professional conferences.

The following people helped to design, build and edit this page: